BreyerFest 2015 has officially begun for me! I arrived a day early this year in order to hopefully snag some great deals. That paid off! Stay tuned for that in my loot post when it's all over. ;)

I arrived at the Clarion after two days of driving, or more like my mom driving. I was feeling very tired and slept just about the whole way to Lexington!

My mom was the main driver and navigator. Here she is in her groove, somewhere in the mountains of Maryland! 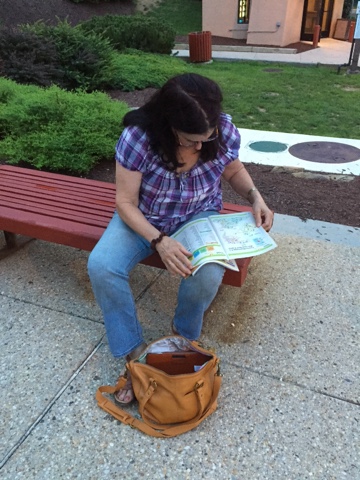 Just a few minutes after leaving this rest area, we had a great view of the sunset. There was fog in the valleys and it was just lovely! 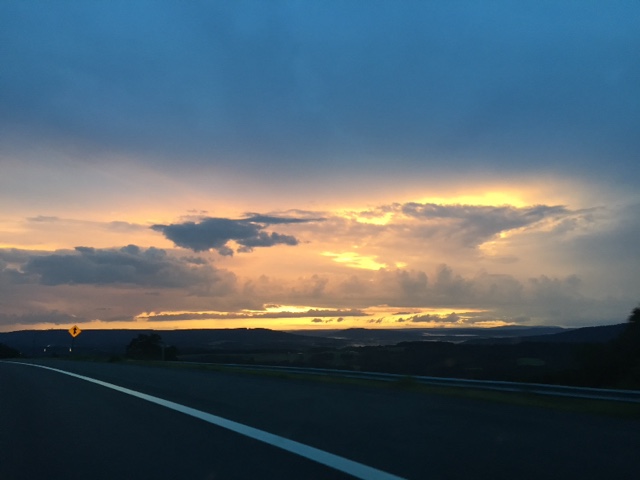 Of course my good camera was in the trunk. My cell phone was handy and at the ready so I used that! It's decent... :D
After this we drove to a not-so-nice motel and stayed the night.
Bright and early we took my trusty car in to have an oil change because it was making weird noises. It helped quite a bit, thankfully!
We drove another six hours before reaching the Clarion Hotel. The first thing we noticed upon walking in the doors was the staircase was gone! They did some major renovations to add in an elevator. The stair case is now located off to the right when you enter through the main doors. It's quite nice! The elevators are also fully operational now, unlike last year.
As far as renovations go, the wifi is also improved. It is faster and doesn't cut out as much. Yay, Clarion! 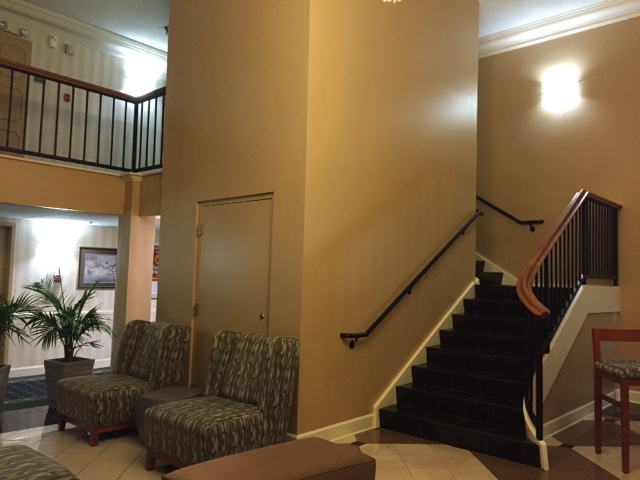 I did a little shopping Wednesday evening, and then had an early night. I sold just about everything I had brought to sell already, only leaving two wonderful little pieces to go. Unfortunately without a huge honkin shelf full o' ponies people don't really care to come in. So, they will probably come home with me! No complaints here, I really like these two!
Thursday afternoon I did some more shopping around the hotel. I stopped by Tiffany Purdy's room to admire her absolutely jaw-dropping works of art. I don't think any quality of picture could do these beauties justice, you MUST see them in person. They quickly went out of my price range, but I'm really hoping that Flash ends up in Region 10! 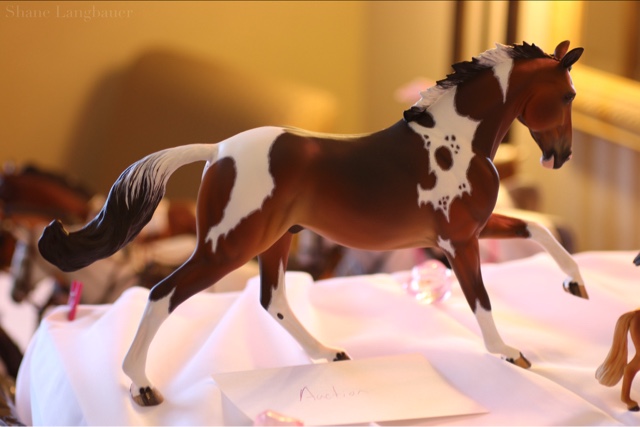 This is Tiffany Purdy's beautiful Flash custom. He was my absolute favorite and will be a huge hit in the show ring I imagine! 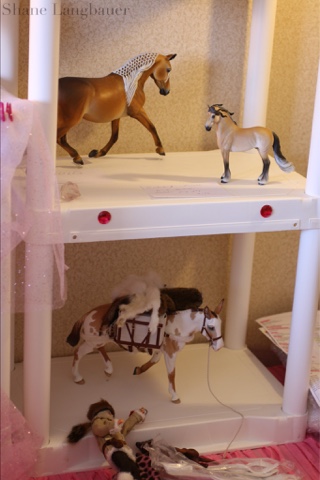 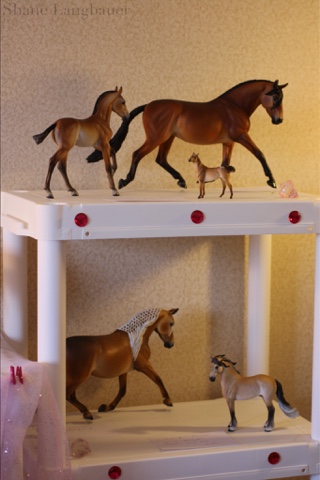 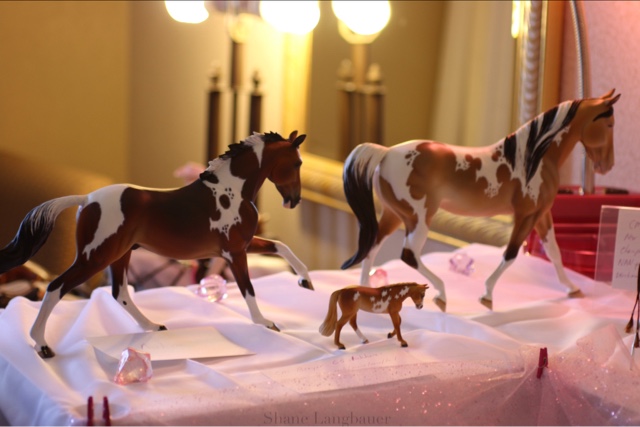 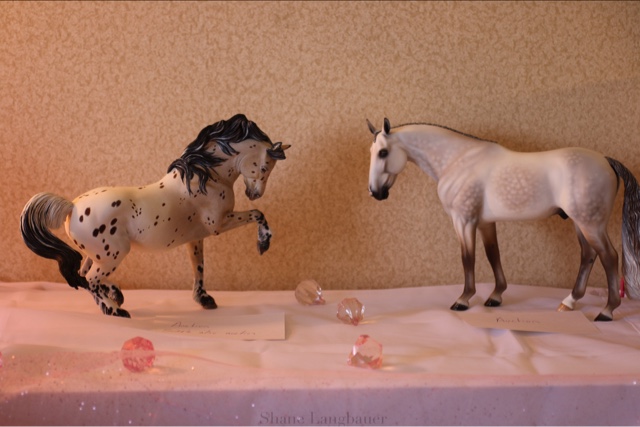 These are some other Tiffany Purdy customs that were over the top awesome! It really doesn't get much better than that. Wow.
More to come from the Artisans Gallery and Swap Meet! I finally got Blogger to cooperate with my photos so I'm super excited to be able to blog from the Clarion!